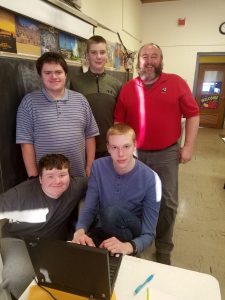 Hope Christian Academy's Model Rocket Club was started in the fall of 2003, due largely in part to the formation of the Team America Rocketry Challenge contest, or TARC for short, the previous year. HCA was able to get into the second year of the competition and has competed every year to 2020. There are usually between 600 and 800 teams from across the country all vying to get to the finals, which are held each spring just outside of Washington, DC. That's where the top 100 teams get together for one day for a chance to be the top team in the country that year. The top ten teams split $60,000.00 in prize money and awards. Other awards are also given out for numerous non-flight competitions.

HCA has been to the finals 3 times since they have competed in TARC. At the finals in the spring of 2005, HCA placed fourth in the nation which allowed them to submit a proposal to be a part of NASA's Student Launch Initiative.

Hope Christian Academy accepts students without regard to race, color, sex, or national or ethnic origin who are willing to abide by its principles and objectives.